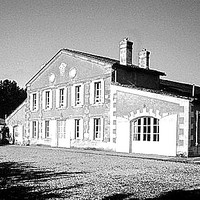 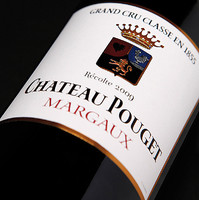 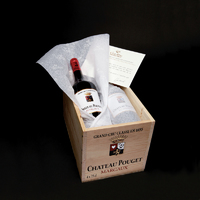 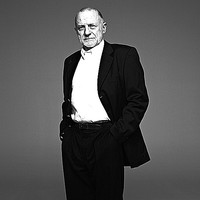 Because its wine had been known and appreciated for more than one century, Château POUGET became part of the prestigious group of Grand Crus at its formation in 1855. Unique among these crus, two medallions on the château's façade refer to the different classifications. In the beginning the structure housed only a cellar; it wasn't until the second half of the 19th century that its front was converted into a residence.
If the « French Paradox » is a recent media discovery, the virtues of the wine from Château POUGET were in a certain way officially recognized by the Duke Marshal of Richelieu who, in the 18th century, endowed it with its coat of arms and quatrain :

« Lore upon your heart will spread its might,
Your call will be as clear as the rooster's trill,
Equal to the lion you won't fear the fight,
If of this sweet nectar you drink your fill. »

Its 10 hectares of vineyard, located in the very heart of the siliceous gravels of Margaux, is planted with 60% Cabernet Sauvignon, 30% Merlot and 10% Cabernet Franc. The average age of the vines is over 35 years old.